The XXIV International Conference  «Black Sea Grain and Oilseeds 2018/19»will take place on September, 06 in the hotel “Azimut Moscow Olympic”. The Russian Grain Union and the Institute for Agricultural Market Studies will host this oldest Russian grain conference. The conference is held under support of the Russian Ministry of Agriculture.

Historically this conference is a key grain event. It traditionally takes place at a time when the contours of new harvest are quite clear, while both the market prices and regulator’s behavior are still being formed.
Traditionally the participants will be offered highly topical and comprehensive Program. The Conference will be attended by key representatives of the Government of the Russian Federation, representatives of biggest domestic agroholdings, domestic and multinational traders, millers and feed millers, oilseed crushers, export terminal managers, banks, and domestic policy makers. It is expected that 250-300 Russian and foreign guests will take part in the Conference.

Among the speakers are the most authoritative international and Russian experts. In particular, during the Conference a report will be made by Mr. Dan Basse, President of the well-known international analytical agency AgResource. Within the frames of the Conference following themes will be considered: legislative support and state regulation of the Russian grain market, new trends on the world grain and oilseed markets, crop size and quality evaluation in three FSU Black Sea countries, the sowing campaign of winter crops and others.

The VI-th Moscow Grain Dinner will be held after the conference for the heads of companies. 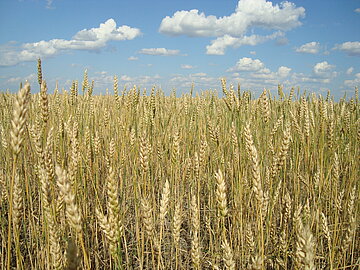