Agrocomplex named after Tkachev, the second largest Russian producer of raw milk, completed the construction of a cheese production plant in the Krasnodar region. The investments amounted to RUB 9.6 billion ($ 146 million). The capacity of the plant allows to process up to 500 tonnes of milk and 450 tonnes of whey per day. The production capacity will be 25 tonnes of semi-hard and hard cheese, 16 tonnes of fresh cheese, 10 tonnes of Pasta Filata type of cheese and 30 tonnes of butter per day. 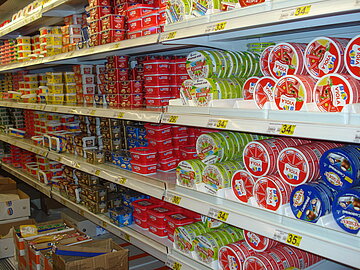