One of Australia’s biggest dairy farms is for sale

Coomboona Dairies near Shepparton, one of Australia’s biggest dairy farms, was announced to be on sale after registering major financial losses. The joint venture was set up in 2015 with issued capital of $ 68 million. It is 49.9 % owned by the retailing giant Harvey Norman through its subsidiary HNM Galaxy and 50.1 % - by the businessman Alex Arena through Mr. Arena’s Eternal Sound Limited.The farm comprises 1,816 hectares of land and 2,500 of the world’s highest profile registered Holstein genetics dairy cows. The debt of the farm exceeds $ 4 million. The expected price for the business was not commented on. 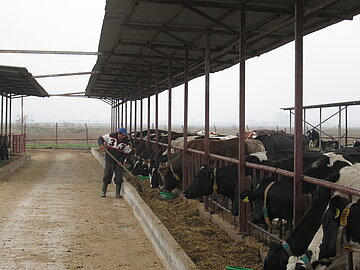